This purple kohlrabi, that you can grow yourself, will taste better then you'll expect. 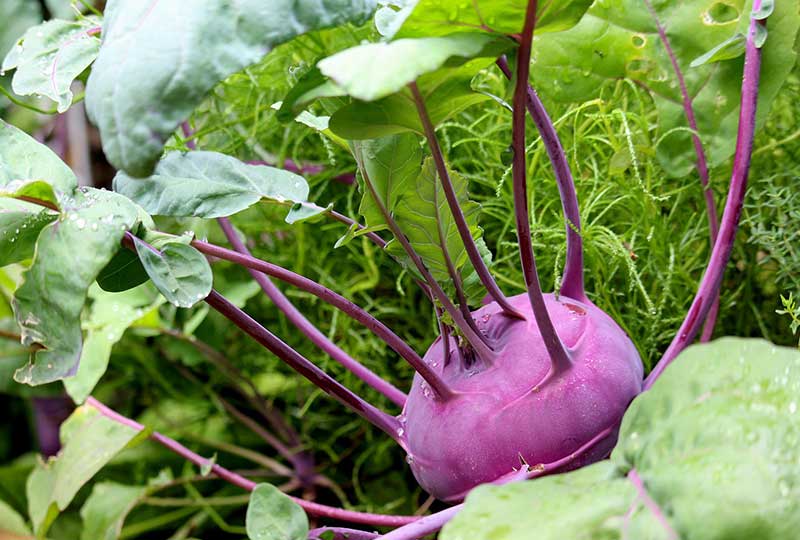 It is August, a month in which many gardeners are busy harvesting, but in August you can also sow a lot! Especially if you want to be able to harvest in winter and in early spring. But what are 8 vegetables to sow in August?

What Can You Sow in August?

To pick the right vegetables we have to look into two categories. Firstly the ones that are quick-maturing plants like spinach, radish, and leafy greens. And secondly, the vegetables that are grown to be harvested in the winter or early spring like kale, onions, and kohlrabi!

August is a perfect month to sow your spinach again. You can sow summer varieties again now until mid-September to harvest in the autumn. But a fun fact, if you choose the right varieties you can grow spinach all year round!

Late summer sowings are great for spinach but we do have to look at the maximum germination rates for the seeds. Anything above 30 degrees celsius is too much, so an idea is to start them indoors in your seed trays and take them out once they have germinated.

Planting advice is either in rows directly in the garden with a row spacing of 30cm and a plant spacing of about 7 to 10cm or sow 3 seeds per cell in your seed trays and plant them out in a clump with 15cm spacing in all directions.

Next to spinach, arugula is great to start in August. You can actually start arugula all the way from the end of February to half September. making it a great all-year-round leafy lettuce to add some spice to your dishes. Tip: if you leave the heart of the plant intact and only harvest the outside leaves you are able to harvest them for up to 10 weeks.

Sowing Arugula can be done directly in a row with a row spacing of 20cm and a plant spacing of 7,5 to 12,5cm after thinning out but we like to start them in the 77 cell seed tray and sow 2 seeds per cell. thin them out to one plant per cell and plant them at a plant distance of about 10-15cm in all directions.

Chard is one of those leafy plants that not only look great but also taste great and are packed with vitamins. It’s been said that it’s best to sow them directly outside and don’t transplant them but we haven’t found any issues with that. But to be safe, just sow them directly there where you want them. The bigger the space in between the plants, the bigger the leaves will be.

To sow them directly keep a row spacing of 30 to 40cm and a plant spacing of about 20 to 30cm. As said above, you can plant them close but they will be smaller.

If you want to get an early harvest in spring, spring onion is definitely a good crop to start now and in September. Spring onions are hardy and can easily take frosts up to -5 degrees Celcius. But it’s advised to give them some extra protection with strong frosts by using some fleece protection.

It takes spring onion about 8 weeks to be ready for harvest. So sowings in early August may result in a fall harvest and sowings at the end of August will result in an early spring harvest.

It’s best practice to pre-sow your spring onions with the multi-sowing technique. Planting 4 to 5 seeds per seed tray cell and growing them in a clump. Harvest any spring onion that is ready and leave the rest to mature.

Since radish is such a fast grower it’s great to sow a few rows now the temperatures are about to drop again. They only take about 50-60 days to mature so they will be ready in time before winter hits. A fun fact about radish, the taste changes based on the temperature and sunlight they get. The hotter the sun the hotter the radish.

To sow radish in a row give the rows a spacing of 20cm and thin the plants out to about 5 to 10cm. We actually never thin them out, but this does result in really small radishes! It’s usually not advised to pre-sow your radishes but we’ve never had any big issues with this. Charles dowding also never seems to run into issues pre-sowing and also he uses the multi-sowing technique to grow them in clumps

To get a late winter harvest of kale to get you through the winter months, August is the time to start sowing them. As with arugula, harvest the outer leaves when they are big enough and the kale will continue to grow new leaves. As a tip, if you have chickens, grow a few extra for them, they love it!

Starting your kale seeds can be done directly but the spacing needs to be about 30cm in all directions. To make it easier and protect them from pests like slugs at an early stage it’s best to start them in a seed tray. We like to sow two seeds per cell and thin them out to just one plant per cell. Transplant them with a plant spacing of 30cm and watch them grow all the way into winter!

As with spring onion so goes normal onion. Sow them now to get the early harvest in spring. A great tip is to multi-sow all your (spring) onions. Sow about 4 to 5 seeds per cell and plant them out in a club. Once they have the size of spring onion, harvest them until there are 3 left in a clump. giving you double harvest, first the spring onions and later the onions.

To end this list we will look at kohlrabi. A special variety of brassicas that grows similarly to cabbages and kale. Similar to Brussels sprouts kohlrabi thrives on warm germination and gets a better taste from the rather low-temperature ending making it great to start in August.

It’s important to note that not all varieties do well with an august start. Purple kohlrabi likes it more than green varieties. To sow kohlrabi we use a similar plant spacing as kale. About 30 cm in all directions. To make this easier and have a bigger chance of success we start them in a 40-cell deep seed tray and transplant them accordingly.

Wondering what to read next?

How To Get Rid Of Slugs and Snails In The Garden

Growing vegetables is a lot of fun to do and really rewarding. But once slugs and snails get involved, the fun can...

How to win the battle against weeds and make them useful

Weeds, no gardener can escape them. Especially in spring and summer when the weather is good, there seems to be no end...

What is multisowing? And do you get more harvest in the same space?

If you garden in a small space, you have to be creative with the space you have. Multisowing can be a great solution!...

← Prev: Grow More Beetroot In The Same Space With Less Effort Using This Method Next: What is multisowing? And do you get more harvest in the same space? → 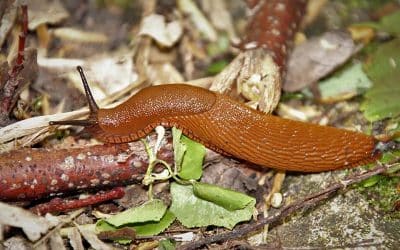 How To Get Rid Of Slugs and Snails In The Garden

When does someone act on slugs and snails and what do you do, eat them? 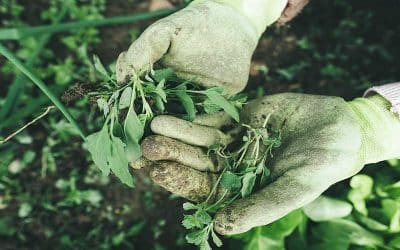 How to win the battle against weeds and make them useful

Weeding is most likely your least favorite job, but with the tips in this post you will never again think of them as useles! 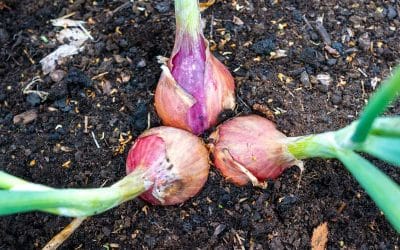 What is multisowing? And do you get more harvest in the same space?

If you garden in a small space, you have to be creative with the space you have. Multisowing can be a great solution!...

We use cookies on our website to give you the most relevant experience by remembering your preferences and repeat visits. By clicking “Accept”, you consent to the use of ALL the cookies.
Cookie settingsACCEPT
Manage consent

This website uses cookies to improve your experience while you navigate through the website. Out of these, the cookies that are categorized as necessary are stored on your browser as they are essential for the working of basic functionalities of the website. We also use third-party cookies that help us analyze and understand how you use this website. These cookies will be stored in your browser only with your consent. You also have the option to opt-out of these cookies. But opting out of some of these cookies may affect your browsing experience.
Necessary Always Enabled
Necessary cookies are absolutely essential for the website to function properly. These cookies ensure basic functionalities and security features of the website, anonymously.
Functional
Functional cookies help to perform certain functionalities like sharing the content of the website on social media platforms, collect feedbacks, and other third-party features.
Performance
Performance cookies are used to understand and analyze the key performance indexes of the website which helps in delivering a better user experience for the visitors.
Analytics
Analytical cookies are used to understand how visitors interact with the website. These cookies help provide information on metrics the number of visitors, bounce rate, traffic source, etc.
Advertisement
Advertisement cookies are used to provide visitors with relevant ads and marketing campaigns. These cookies track visitors across websites and collect information to provide customized ads.
Others
Other uncategorized cookies are those that are being analyzed and have not been classified into a category as yet.
SAVE & ACCEPT
Powered by